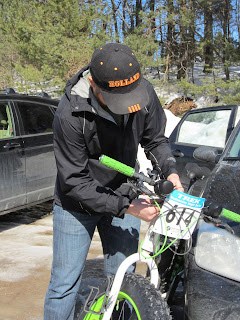 Johnny, Tyler and Don competed in the inaugural Fatty Frost Cross race at Hardwood Hills… This event was the first in Canada for a Fat Bike race!!! 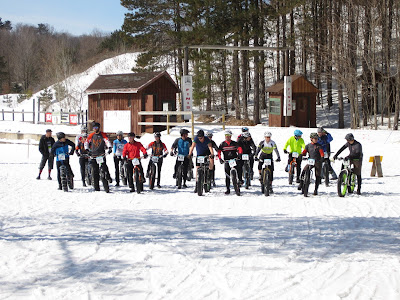 Weather was warm, sunny and just an all around beautiful day… This however made the course very soft and a hard push….. 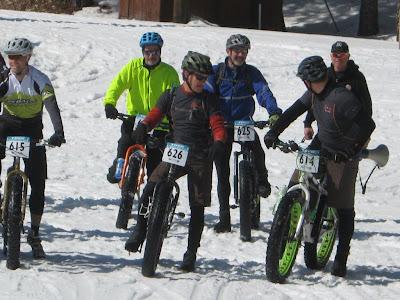 The race consisted of riding on the cross country ski trails, and some fresh tracks on the BMX course that Hardwood hills has….  Fresh tracks is a bit of an understatement as the BMX section was near impossible to get through and you had to walk the majority of it. 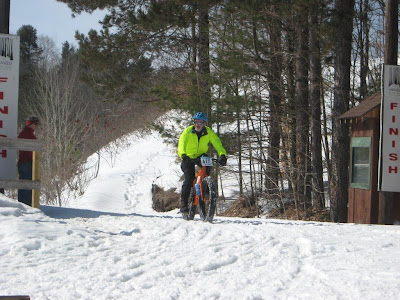 You also had to walk the majority of the uphills…  A few were rideable but were tough to get up for sure. 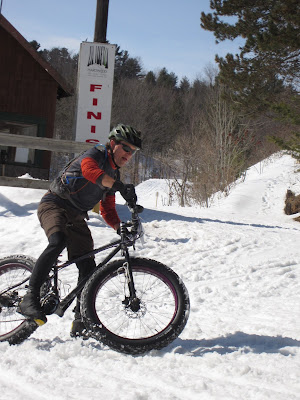 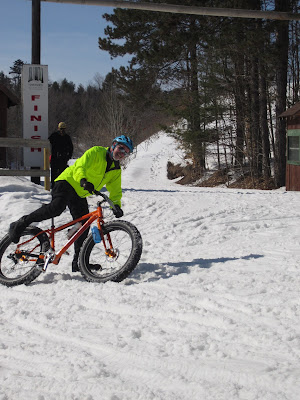 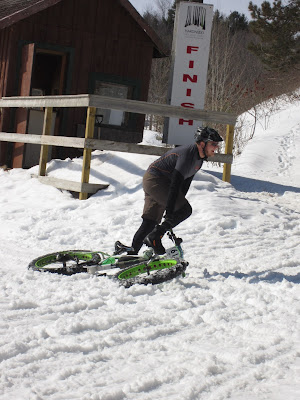 The race was a 2 hour event with as many laps you could complete… Prior to the race, Johnny and Tyler decided to make a pit stop at the half way point for a refreshment, in the form of a beer! 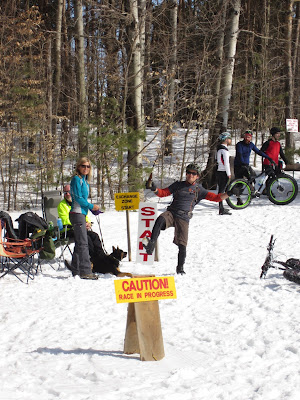 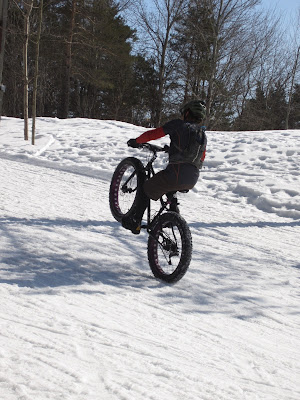 The speakers were mounted to both Tyler and Johnnys bike, which was a great conversation piece when catching and passing people… Got good reviews from everyone we talked to… And the starting song for the race was Neil Diamond, Sweet Caroline!!! good song to stick into everyones head at the start…

CTV was on site videoing some parts of the race, and Johnny became famous, snowing the camera!!

At the end of the day Johnny finished 5th, and Tyler 2nd, by default Team Van Go has it’s first Podium, Don had a bit more of a rough day, but was understandable as conditions were not ideal…. 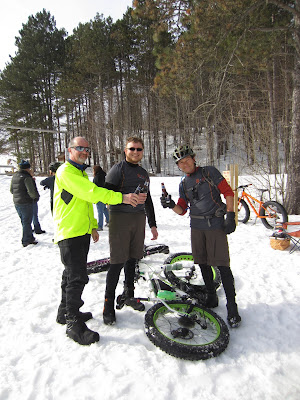 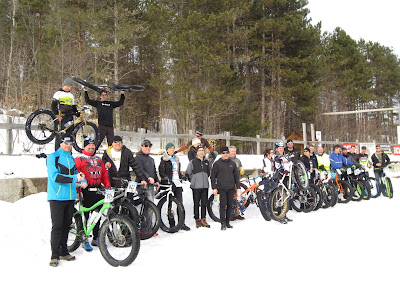 Thanks to our Sherpas, Em Karen Julie and Max for watching us suffer for the 2 hours… Max was not a fan of the group of riders leaving him behind either….. 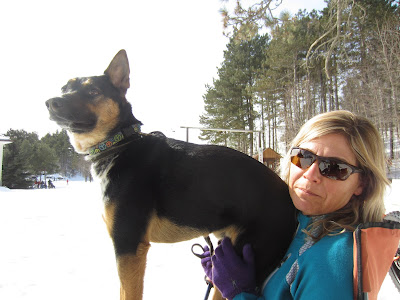 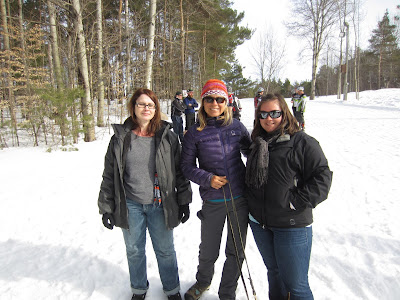 Race Score: 4 out of 5… could have been a 5 if the conditions were better, but the race was a fun event and low key.