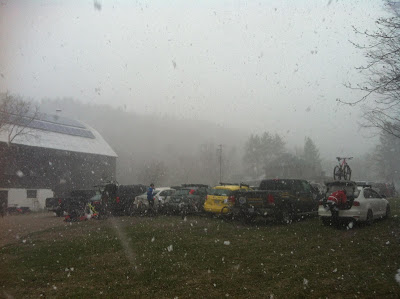 Conditions were perfect for the 25km race… a bit chilly with the snow and the wind, but once the horn went you warmed up quickly. 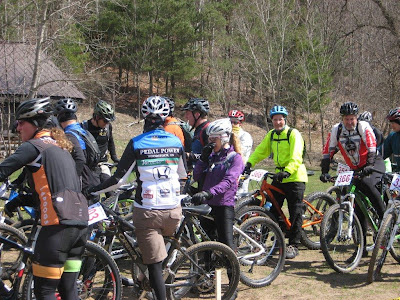 Tyler and Johnny had the tunes cranked to keep everyone upbeat… Sweet Caroline to start the race, then into some Tom Jones really gets a crowd of people ready for a race… 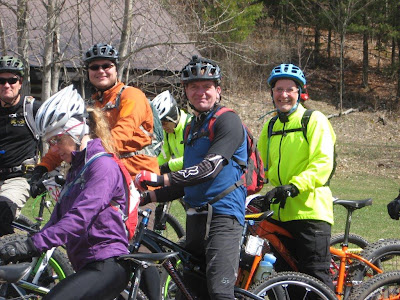 Tyler, Johnny, and Don rode the fat bikes. for the last time this season, and what a way to finish…

Dan set up a great course, the first half had what felt like a lot more climbs then descents, but the 2nd half made up for it…. At the mid point Tyler and Johnny stopped at the aid station to enjoy a nice refreshment… Heineken and Barking Squirrel..  For some reason nobody wanted to join us… 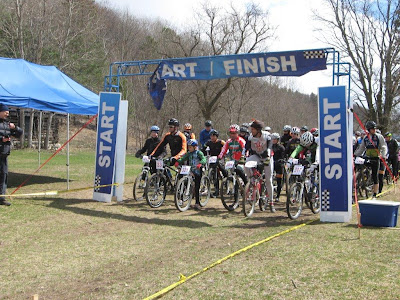 With another act of good Karma, Johnny and Tyler came across a girl walking her bike… you cannot leave a girl stranded in the forest… johnny made quick work breaking the chain and pulling the rear derailleur just so she could at least coast the downhills…..

Tyler grabbed a stick, and johnny grabbed her behind… or seat… and started pushing / pulling her up the singletrack… Johnny yelling “On your left” as we passed 3 people… yes we passed 3 people while pulling / pushing a another rider…. We did have to leave here as we came into some uphills….

The flying finish was a great way to end the race, with 1km of downhill….

Everyone rode awesome! Credit goes to Senn for a great ride and being the first team van go finisher, and to Don for riding Mikes fat bike and withstanding the punishing 25km on no suspension!!! 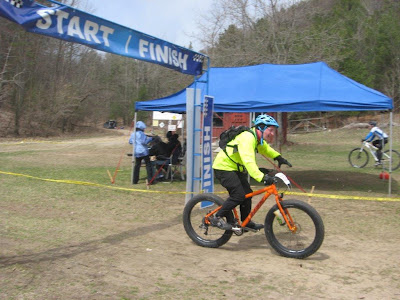 All in all a great way to finish the winter biking, and great transition into spring / summer riding! 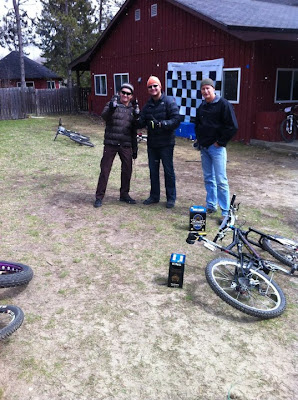