We are still able to ride the full loop at Mono! Tyler, Johnny, William, Mike and Max did the trek out to keep the dream alive….

With the warmer temperatures the snow was a little softer than it has been, which made it a lot harder to peddle the bikes through but we managed…

Similar to the previous weeks you definitely needed to stay on the snowshoe / hiking path to ensure you stayed on your bike.  This was the case for fat and skinny tires alike…. 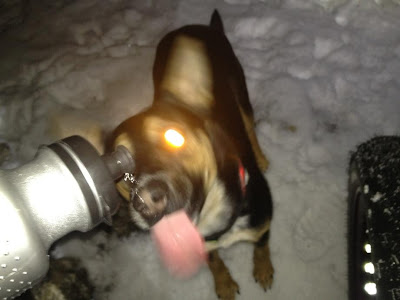 Everything was pretty much rideable on the fat bikes for sure, poor William had a bit tougher of a time, with the bike sinking in the snow…

The wind was quite strong last night so the stops at the lookout and at the end of puke hill were short lived. 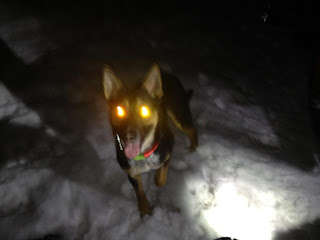 We attempted the upper loop again.. The strong winds created several drifts, but as long as you stayed up on plane you were able to plow through the majority of them.  After the drift and when the front tire dipped off the trail you either stopped dead or the bike decided it wanted to go a different direction than you wanted to go.
After the climb on the upper loop the trail became a lot nicer and the end of that loop was great.

With the warmer temperatures, we were able to enjoy a nice sociable after the ride… 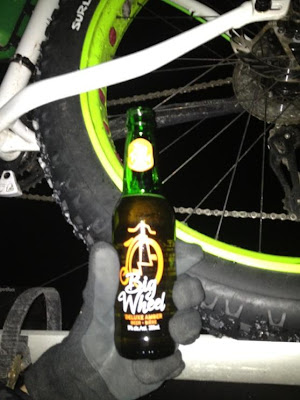 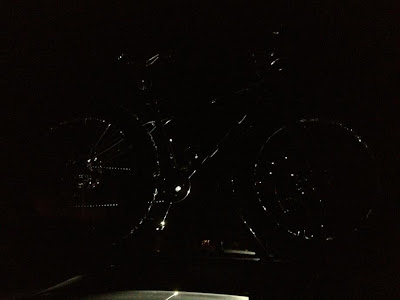 
It’s not the size of the tire, it’s the Girth!