We had an awesome ride and turnout again.  Tyler, Johnny, Jeff, Mike, Chris, Ed, Heather and Max rode, Karen, Jenny and Sadie ran, but we didn’t see much of the runners, way to fast for us. 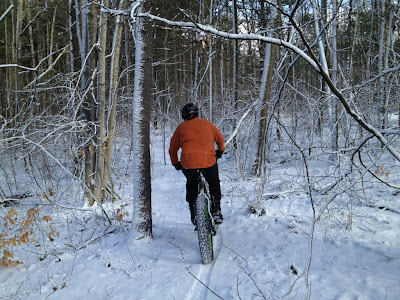 Weather wasn’t too bad, windy and a bit chilly, but all in all was definitely tolerable. The temperature did drop off near the end of the ride, but sun stayed out with the odd snow flake here and there to make the ride very picturesque…. 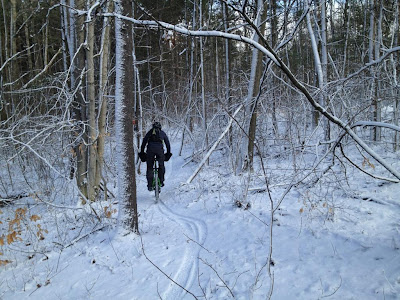 Trail conditions could not be better, the thaw freeze that we have been lucky enough to endure through was just what the trails needed. This gave the single track just enough traction for both fat and skinny tires and allowed us to do the whole manculada (less the trail to nowhere), so really an abbreviated version of the manchulada. 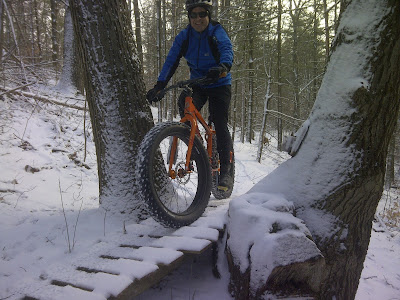 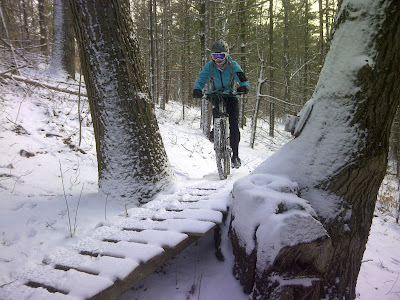 The ride started out heading to the North of 20 trail, back onto Johnny’s trail, then down Ken’s, Steve’s trail… At this point everyone was feeling pretty good, a little tired but excited to head to Simcoe.  One thing that everyone neglects to remember is how hilly Simcoe and the Ridge trail are…. Even in the summer this trail takes a lot out of your legs on a good day, so why we thought it would be a great idea in the winter I don’t know…. but hey we did it and survived, for the most part. 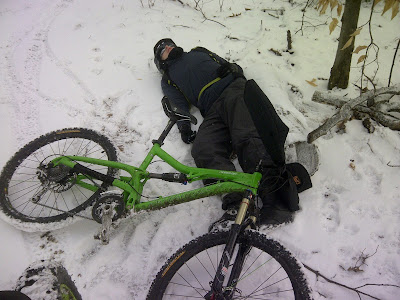 We did have some injuries on the ride…
Chris stepped on a stick which did the old rake trick and cut his lip, so he was bloddied up a bie…. 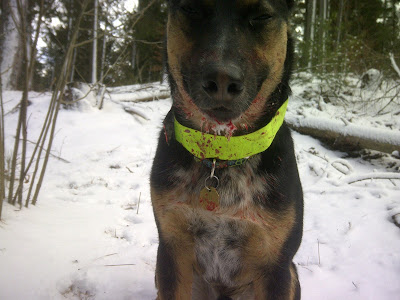 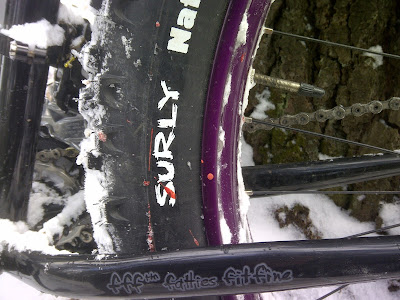 At the end of the day we do not think that we will get another ride as good as it was on Sunday! And if we do, we will have to remember to bring either a lunch or more water…. 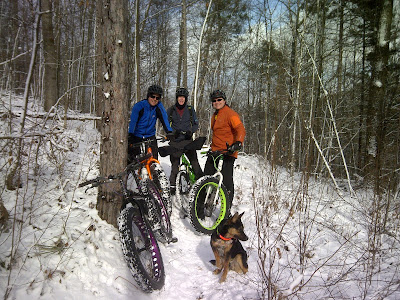