February 4th, 2013 by Tyler in Everything

We were able to fit in another ride…Johnny, Tyler, Jeff, Ian, Max rode, Karen and Jenny ran on the really really nice day.   We did not expect to have another ride that would rate in the 5’s but we did!!!

The trails were in absolute perfect condition!!! There was only a few icy patches under the snow but the rest of the trails were pristine. 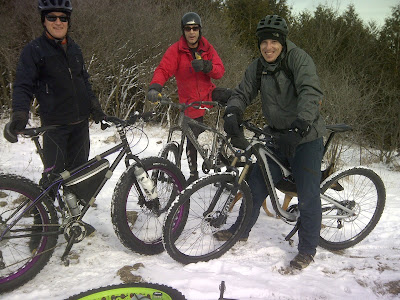 The trail condition allowed us to do the Monoburrito…. which is the standard loop at mono, including the fridge trail, and the upper loop. Total ride length was about 23-24km… Weather was not too bad, sunny and -9C.

A cameo appearance by Ian and his new 29er was a pleasant surprise  It was nice to get back on the bikes after a short hiatus. 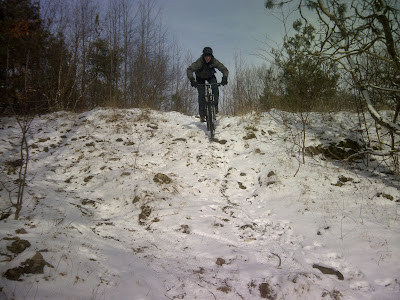 Not too many hikers on the trails either, so we pretty much had the park to ourselves. 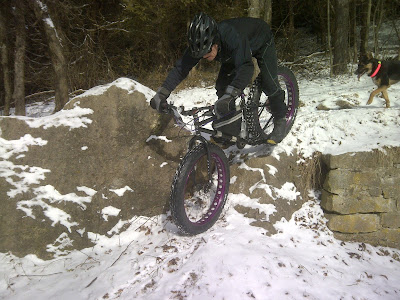 After the ride, headed over to the Mono pub for a bit of a warm up and a pint or two… 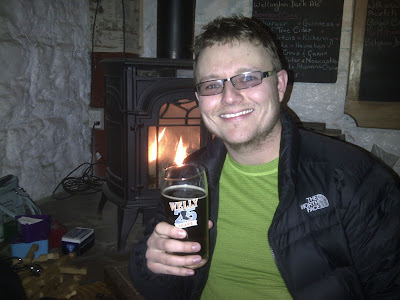 Comment of the ride: “As smooth as frozen cheese curds”