Johnny and Tyler decided to do a nice ride, starting up at the Dufferin Parking lot and finishing at the Creemore pub… what a great finish by the way!!! 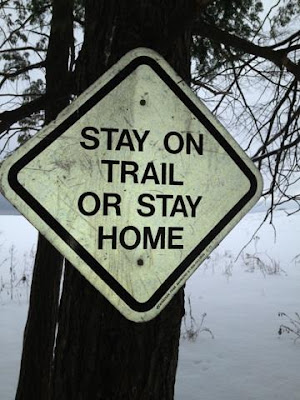 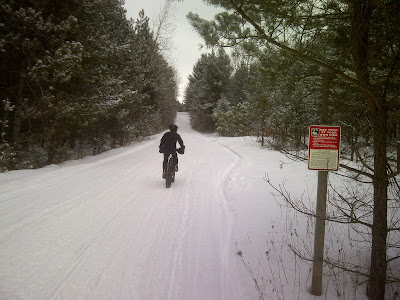 Karen and Sadie ran at Dufferin, which sounded like they had fun, before the groomer passed them and chewed up the trails a bit. 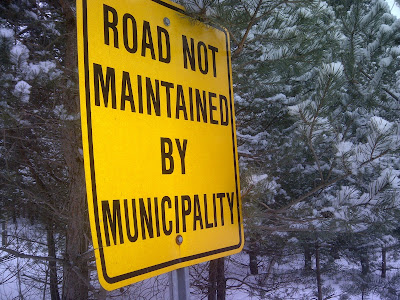 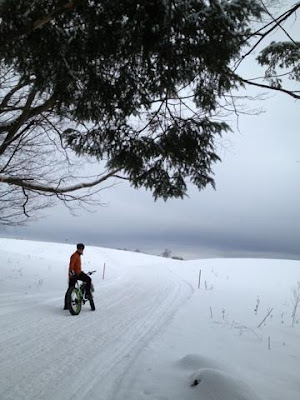 The trail choice was thought out after the Wednesday night ride… Standing infront of the snowmobile trail map and looking at the Sign “Creemore 25km”, thought process was beer… 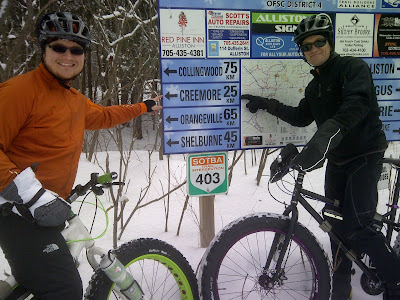 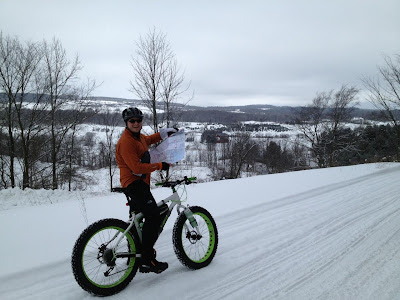 Weather was nice, a little chilly to start, about -10C or so, and overcast. Wanted to start early enough to try and beat the snowmobile traffic..  The trails at the start were a little soft, but you could find a spot on the sides to get enough traction and float on the snow. 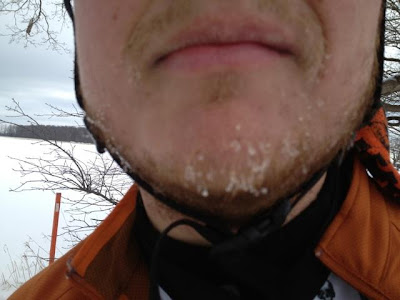 Passed a few sleds at the beginning of the ride, just after crossing airport road, but after that it stayed somewhat quiet for a little bit.  Trails turned out to be in great shape from that point on. 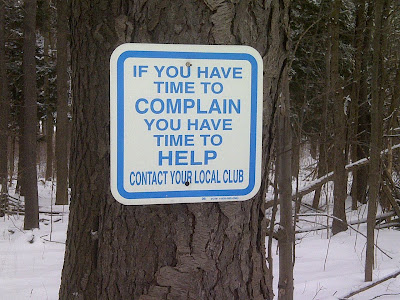 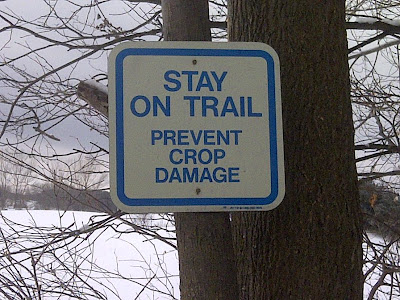 It was a very interesting ride, part of which you were enjoying the trail and the other part keeping an ear out for sleds because they come up on you very quickly. 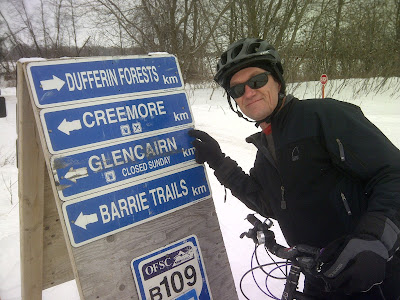 Every once and a while when you passed a sled we stopped and chatted with them.  Most commented about the fat tires, and that they dont normally see people on bikes on the trails. 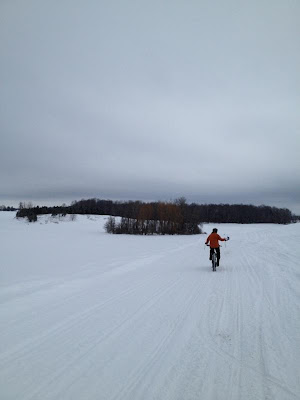 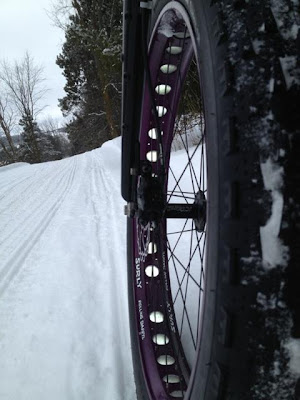 Once we hit Glencairn we knew the pub was getting close!!! 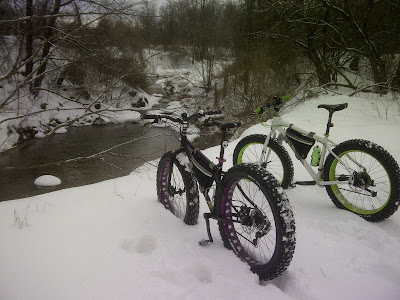 By this point of the ride, the sun had started to peek out and we were able to do a bit more down then up. 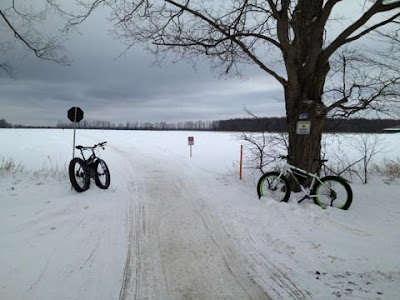 We had Emily and Karen meeting us at the Pub to pick up us and our bikes. 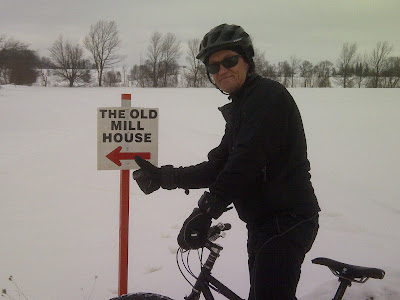 The total ride ended up being 28km and about 2hrs of riding time. 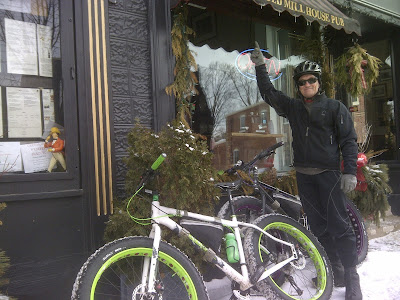 Next ride we may have to choose a different start and finish, but the idea was great!! 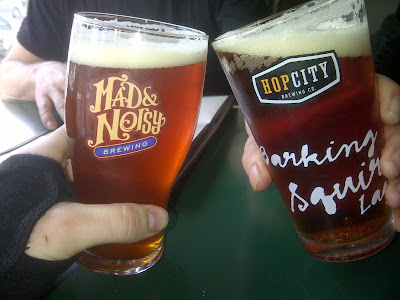