Yes yes folks, it is time, once again, for the  (drum roll) Team Van Go Beer Review!!!  It’s been a little while since I tried a different beer, seem to be stuck drinking Hops and Bolts, or Moosehead or something that I still have in the fridge…. 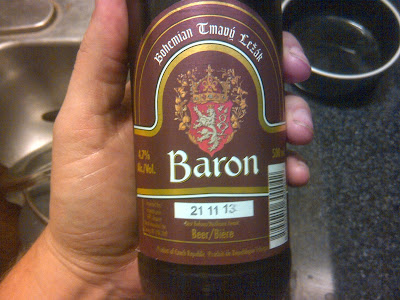 My initial thought on the beer was “Thank you Derek, that was very nice!”  I brought it home and had it in the fridge for a few days before I was thirsty enough to drink it… When poured into a glass it has the appearance as shown in the picture below… For people that are blind, it has a nice brown appearance, similar to a nut brown ale… me describing this in writing on the internet probably doesn’t help the blind though… 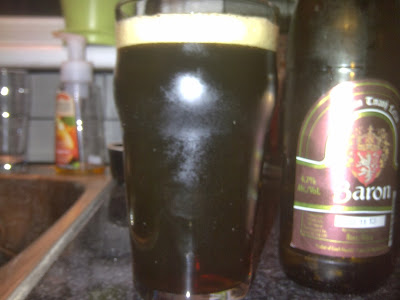 The first taste started reminding me of a different beer, but to be honest I cannot put my finger on it… The beer was not hoppy but there was a distinct malt flavour.  The end of the day the beer tasted similar to a nut brown ale, just a little heavier..
The problem with this beer is that you cannot get it locally… This one you can only get out in British Columbia for some reason.
Beer Rating:  3.75 out of 5 (Nothing special, but still a very nice drink)
Would you buy a case of it: Probably not, reason being, I dont live in BC.
If you lived in BC would you buy a case of it:  Still probably not.  It was good, but I would buy other cases of beer probably before this one.
If this was the only beer available, would you buy a case of it: Yes
Was the beer hoppy: Nope… Malty but not hoppy…