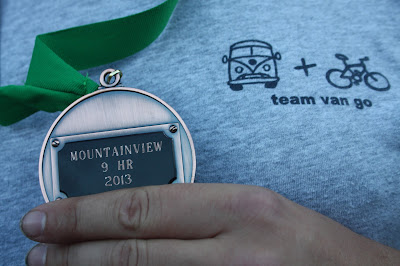 This past weekend Team van go had 2 teams entered into the Mountainview 9hr race.  A 4 person team, consisting of Bernie, Chris, Joe and Doug, as well as a Solo Rider which was Tyler.  This race was a smaller event, compared to the 8hr’s or 24 hour events, but still had a very good turnout.  The Race was held in Midland at the Mountainview center.  For anyone that has not ridden there, it is definitely worth it, as the trails were technical, fast and fun all at the same time.

The race course was 8km in length per lap, and was taking people anywhere from 20-50min per lap.  The lap had a mix of everything from Rocks, roots, logs, and a very fast downhill which speeds were hitting the mid 50km/hr.  All in all I give the course people kudos as every lap was always fun.  There were a lot of hills, but they were the type of hills that when you almost got to the top there was either a switchback, or roots or something just to keep you on your toes. 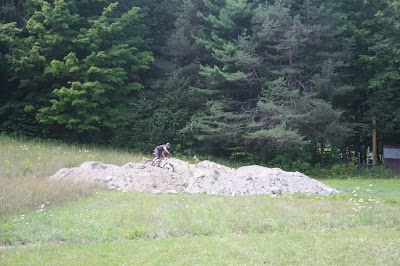 The 4 person team ended up finishing with 16 laps, 4 laps per person which is a great showing.  During the race, there were different challenges.  There was a bike Limbo, Rodeo, Slip and Slide and a Pie eating contest.  Each person on the team had to compete in an event, Joe did the Limbo, Bernie the Rodeo, Chris the slip and slide, and Doug the Pie eating.  If the team did not compete in one of the challenges they would be docked 20 minutes, but if they won, they would be awarded a 10min advantage. A great way to keep everyone involved for sure. 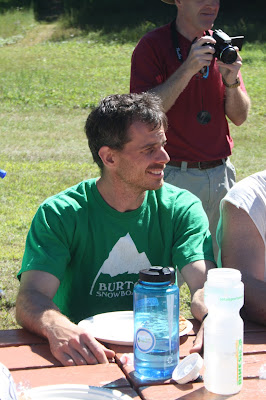 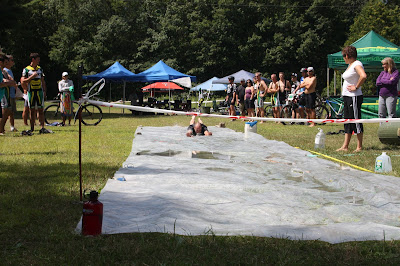 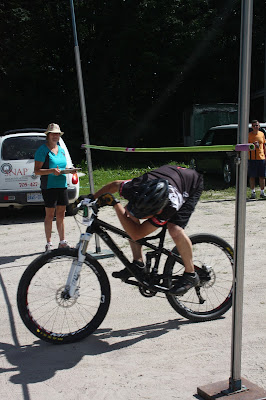 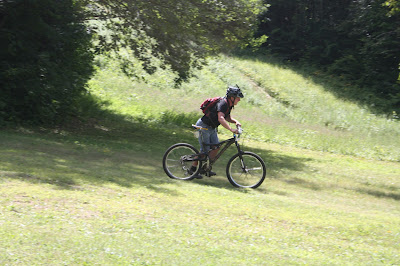 for the solo riders, we did not have to do the challenges and were not penalized for not doing the events, which was good, because at the times when the events were going on, you were usually too exhausted to think about or try them.  Especially the pie eating contest, I could see that going very wrong very quickly.  For Tyler’s first solo event, completing 14 laps in 8hrs 46min was well more than what was expected.  Subsequently, for every lap that Tyler completed 35$ was being donated by ProMinent Fluid Equipment (Where tyler works) to the Ronald McDonald House in Hamilton.  The 14 laps put Tyler in 3rd place 2 laps behind 2nd and 2 laps up on 4th. 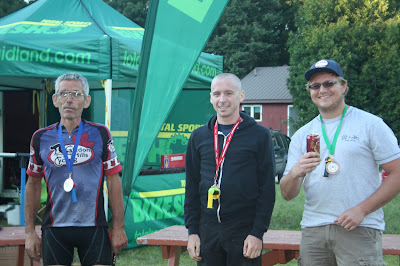 Overall a great day, other than a few leg cramps, and a short period of time of being a little out of it, cant complain on how the first try at a solo event went.  Definitely a good learning curve and learned a lot. 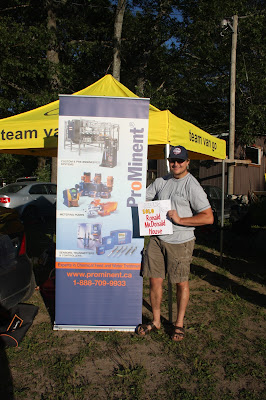 For anyone that wants to do or try an 8 or 9hr race, I would fully recommend this event.  A very well organized day and a lot of fun had by all!

Team van go will be going into this race again next year for sure! Need to give a special thanks to Emily and Don for supporting both the solo and the 4 person teams!!!!!!