We had a great turnout for the ride!!! Johnny, Tyler, Mike, Don, Joe, Bernie, Anthony, Jeff and Max joined us for the snowmobile trail ride.  The weather played a key factor in the ride, ride selection and the wet feet. 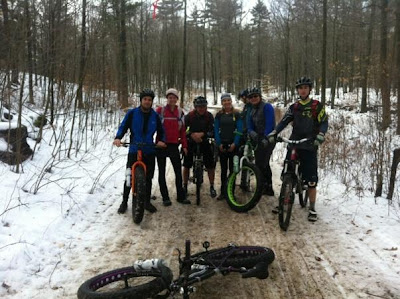 Weather was fantastic, warm partially sunny, just an all around great day to be out on the trail.  You can tell by the pictures the snowmobile trail looks to be almost back down to dirt was very deceiving!
Every once and a while the bike would decide it didn’t like riding ontop of the snow and the front wheel would sink up to the axle and throw the rider off of the bike.

Most of the front flips were done with ease and grace. 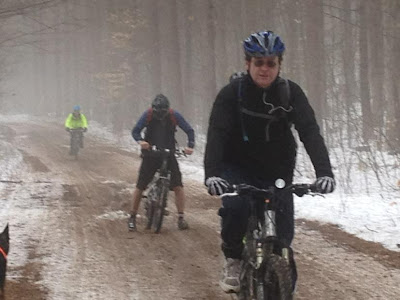 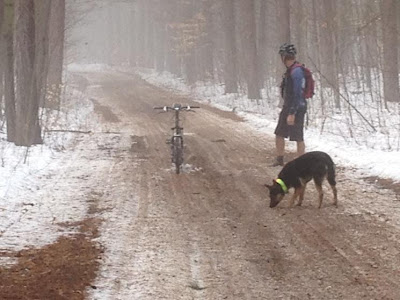 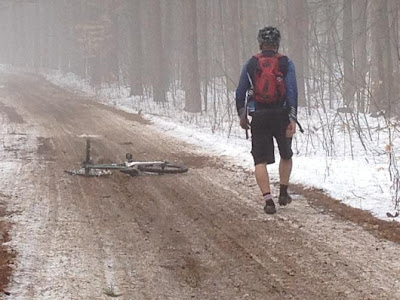 We stuck to the snowmobile trails which were a tough chug for fat and skinny tires alike.
Can’t complain, as it is Mid January and we are still riding, and riding strong…. 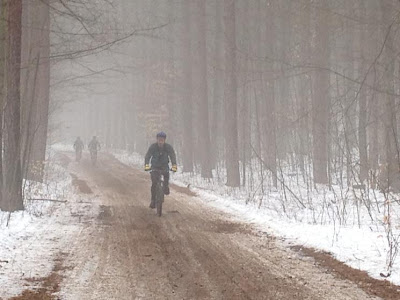 At the Dufferin/Simcoe forest border, we were able to jump onto some single track that wasn’t hiked or snowshoed, which was very ridable…

If the weather drops like the weatherman says it is going to, we should be good to ride, and studded tires may be a better choice if the conditions ice up…. 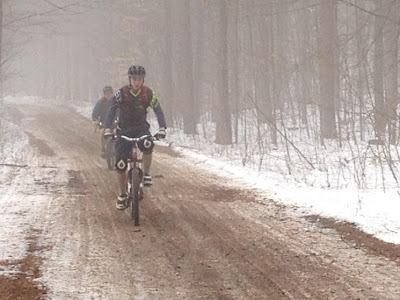 All in all, covered about 15km in 2.5hrs of riding time, so not the fastest of rides, but we would not be able to ride any faster in the conditions that is for sure!

Comment of the ride: “You need to keep the bike on plain!!!!”


It’s not the size of the tire, it’s the Girth!