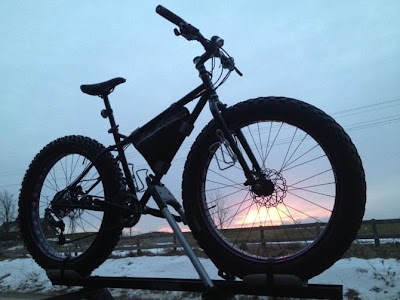 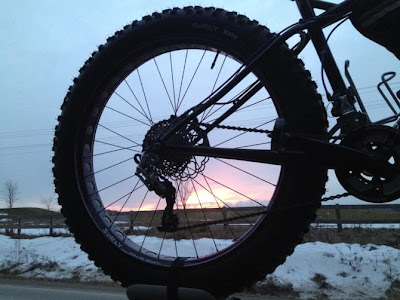 We were able to get out yet again to Mono cliffs for another edition of the Wednesday night rides… Smaller group, but still a group, Tyler, Johnny, Mike, William and Max…
Weather was cool, and some flurries but the weather really didn’t play a factor in the ride at all. 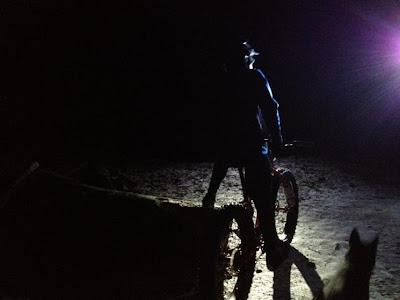 The stair’s climb out of the parking lot was a sign of what was to come in the ride.  The warm weather melted a lot of the snow, but seemed to pool and freeze in different locations.
The ice sections were few and far between, but when you found one you knew you either needed to bail into the forest, ride it out, or do an impact angel on the ice… 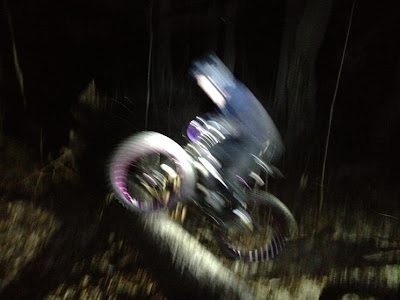 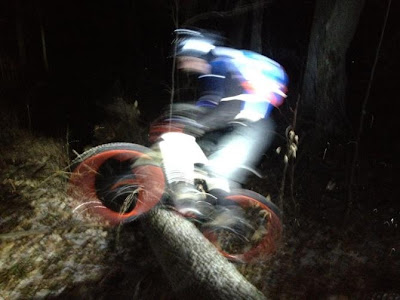 The night was perfect for skinny tired bikes, and fat tire bikes alike with some sections of snow, which was crusted up to the bikes floated over with ease. 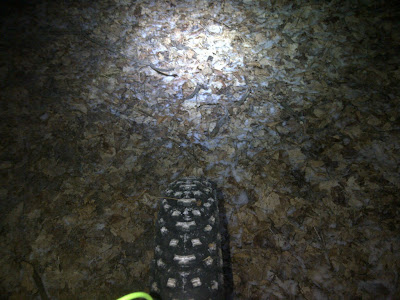 We managed to ride the majority of the fridge trail, until the section where the logging has started.  The trail was in great shape, lots of traction, no ice and lots of fun.  At that point it was best to turn around and do the nice fast double track downhill section before the upper parking lot.  The only problem with the nice single track before the downhill was that you kinda forgot about the ice.  Near the bottom of the downhill Johnny did a bit of a speed wobble, and Tyler did an impact angel and slid for a bit. 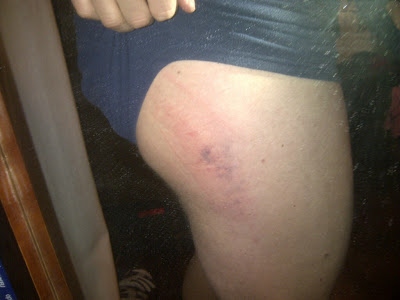 It feels worse than it looks, and this morning it didn’t look good at all…..
Every other aspect of the ride was good, took it a little easy in sections but other sections you could let the bike go with no problems. 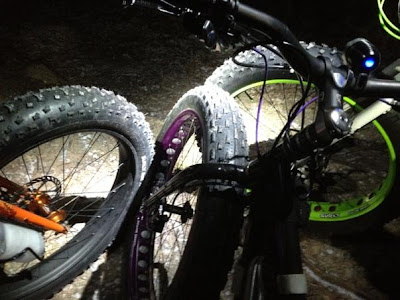