Another great ride!!! Mike, Tyler, Johnny and Max rode, whereas Karen and Jenny ran.  Weather was chilly with the 10:30am ride start, but you definitely warmed up quickly! The sun peeked out every once and a while, and some flurries the other times of the ride. 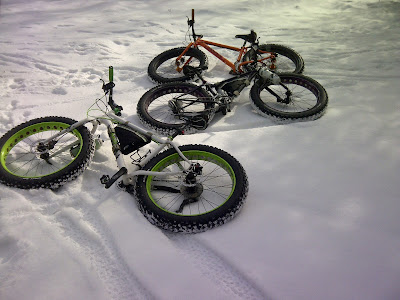 Trails had a nice layer of crust on them which allowed the fat bikes to stay on top of the snow, and it was very fast!!! 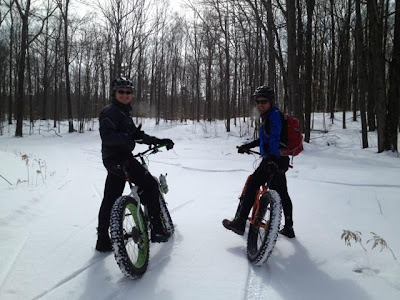 We did however ride SINGLETRACK….. somewhat… near the snowfence there was a short section of single track that we could ride… no snow on t he trail, and the section in typical mansfield fashion was dry!! 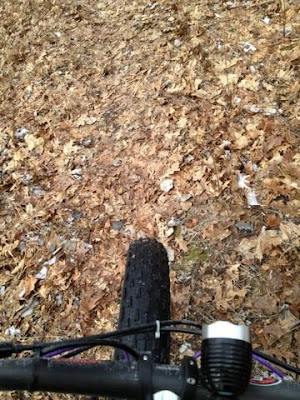 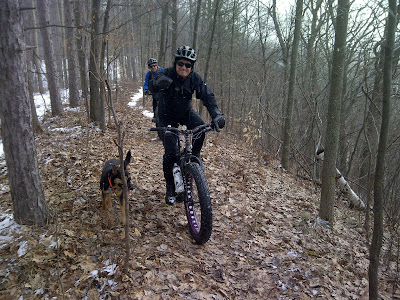 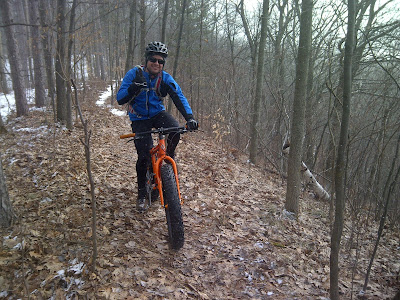 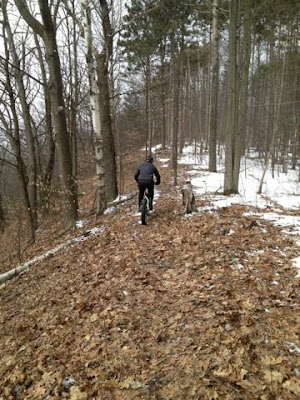 The section was short lived but it does give hope to the singletrack riding season starting soon… except for the snow that we are due to get over the next couple days…..

The overall ride itself was great, as discussed during the ride, the winter itself has been one of the more fun winters with regards to riding and pure enjoyment… 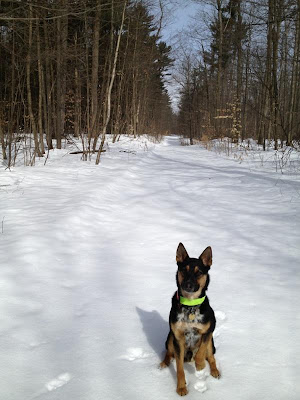 End of the ride we were able to relax in the sun by the cars for the post ride beer… still chilly to get changed in the parking lot but hopefully the warm weather will come soon and make the stripping down a little more bearable…. 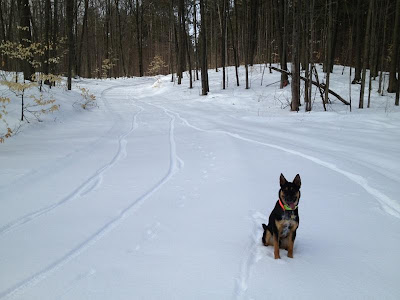 Comment of the Ride: “I think my bikes broken…..” “Whats wrong” “The Rider”