It was a ride…. one of the tougher rides of the winter… Johnny Tyler and Max did the shorter loop in Dufferin Forest… Tried to find spots where you had enough traction and stay on top of the snow to keep chugging along. 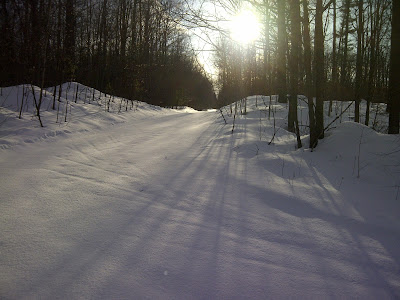 Knew it was going to be a tough ride right out of the gate biking up one of the fire roads.  The snow we had over the last couple of days sat ontop of the harder packed areas… About 2-3 inches of snow to push the bikes through. 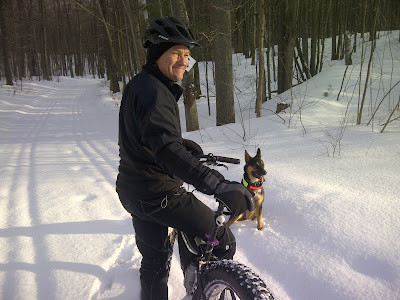 Whoever was leading was breaking trail for the person behind, so it was a back and forth ride. 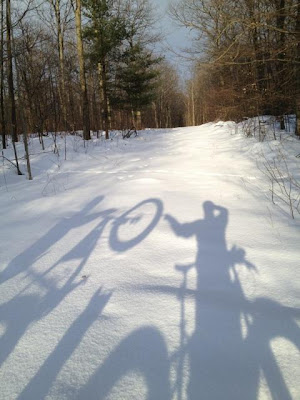 The overall ride experience felt like you were climbing a hill the entire time.  there was little to no time to coast…. 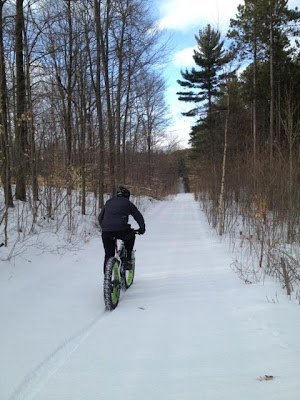 We did again however jump onto some singletrack along the ridge above the outdoor centre.. Didn’t cross into the outdoor centre… but we did follow some deer tracks for as long as we could.  it was a nice break from the fire road for sure. 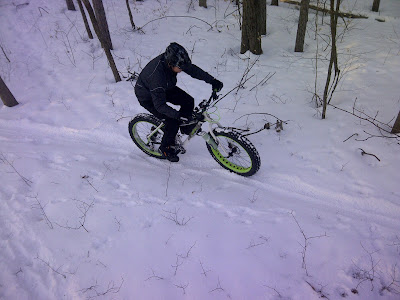 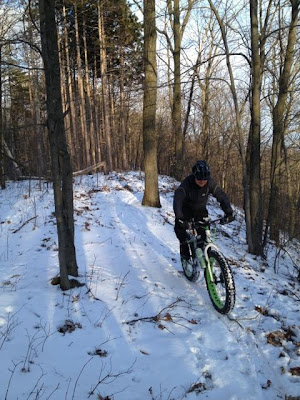 At the hour mark both of us were pretty much toasted and we were close enough to the cars to decide that we had enough and the beer was close…. 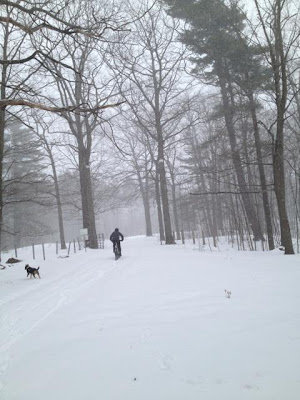 A positive for the ride was that we were able to have a beer in the parking lot in the day light.
Cheers to the first spring ride of the season…. it didn’t feel like spring though…. 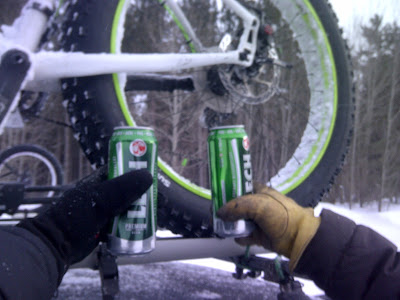 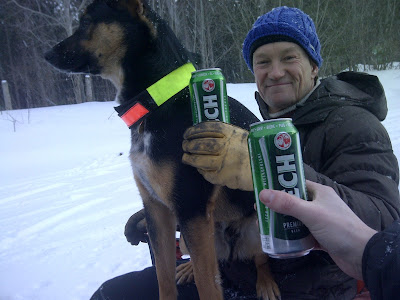