February 3rd, 2017 by Johnny in Beer Reviews, Everything

Well good news! The craft brewery trend has expanded to an unexpected location-Antigua! We were lucky enough to have just down the road from where we are staying 2-SIX-8 Craft Brewery. Why 2-SIX-8?  It’s the area code! 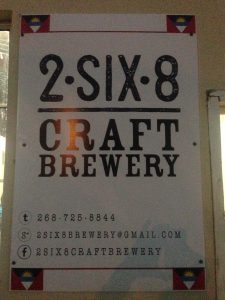 A family run (Rory, Hanna, Vorn and up and coming brewer (and mountain biker extraordinaire), Archer (4 months old). Long story but they are from Antigua, England and Ontario! 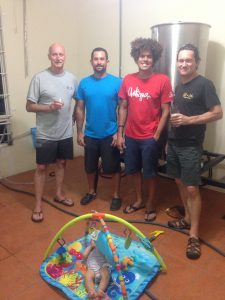 They had several types of beer on tap, everything from Goat Farm Pale Ale, a Ginger Beer, an Antiguan Rattler and Frigit Amber Ale.  We will focus on the Amber Ale because that’s what we drank the most of! 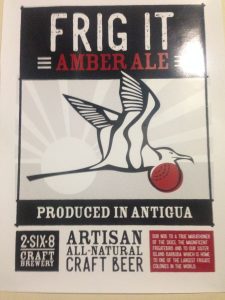 So how was it? It had a cloudy unfiltered appearance and was very smooth going down. Med to low on the carbonation scale which was nice. Strong flavour…hard to describe so I will go with a sweet malty tasty beer flavour with a nice bitter finish. 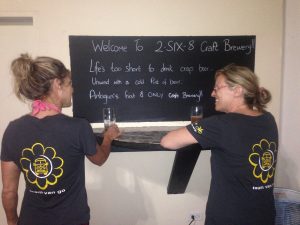 All the beers we sampled were great and nice to have a change from the regular generic Island beer that up until to now, there wasn’t much variety.  If you are ever down here we highly recommend a stop off at this brewery for a sampling! 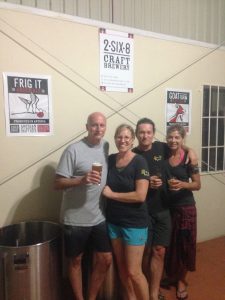 Would we recommend the brewery: absolutely! Cheers.